On the verge of adulthood, Alma (Sara Luna Zorić) decides to travel from the Netherlands to Bosnia to visit her father, whom she’s never met. Teaming up with her indifferent cousin (Ernad Prnjavorac) and his charming best friend (Lazar Dragojević), they will all embark upon a surprising and adventurous road trip through the unexplored, parched heartlands of the Balkans.

This is the story of Ena Sendijarević’s debut feature, Take Me Somewhere Nice [+leggi anche:
recensione
trailer
intervista: Ena Sendijarević
scheda film], set to world-premiere at the 48th International Film Festival Rotterdam (23 January-3 February), in the Tiger Competition. The Amsterdam-based director of Bosnian heritage, who also wrote the script, is returning to IFFR after her successful well-travelled short Import, which was also the Dutch short-film entry for the Oscars in 2017.

The main producers of Take Me Somewhere Nice, Iris Otten and Layla Meijman, of Dutch house Pupkin, commented on their experience: “After producing two of Ena’s previous short films, we are very proud to share her playful, daring debut feature with the world. It has been an incredible journey working on this personal film with her. Like her main character Alma, Ena is both Dutch and Bosnian, with a foot in both worlds. The film's unique tone, highlighting the occasionally absurd underlying tensions and nuances, turned out to be perfect for dealing with the important and sensitive topics of personal and national identity. Collaborating with associate producer Amra Bakšić Čamo from SCCA/pro.ba in Bosnia made us feel right at home in this exciting territory.”

Check out our exclusive poster below: 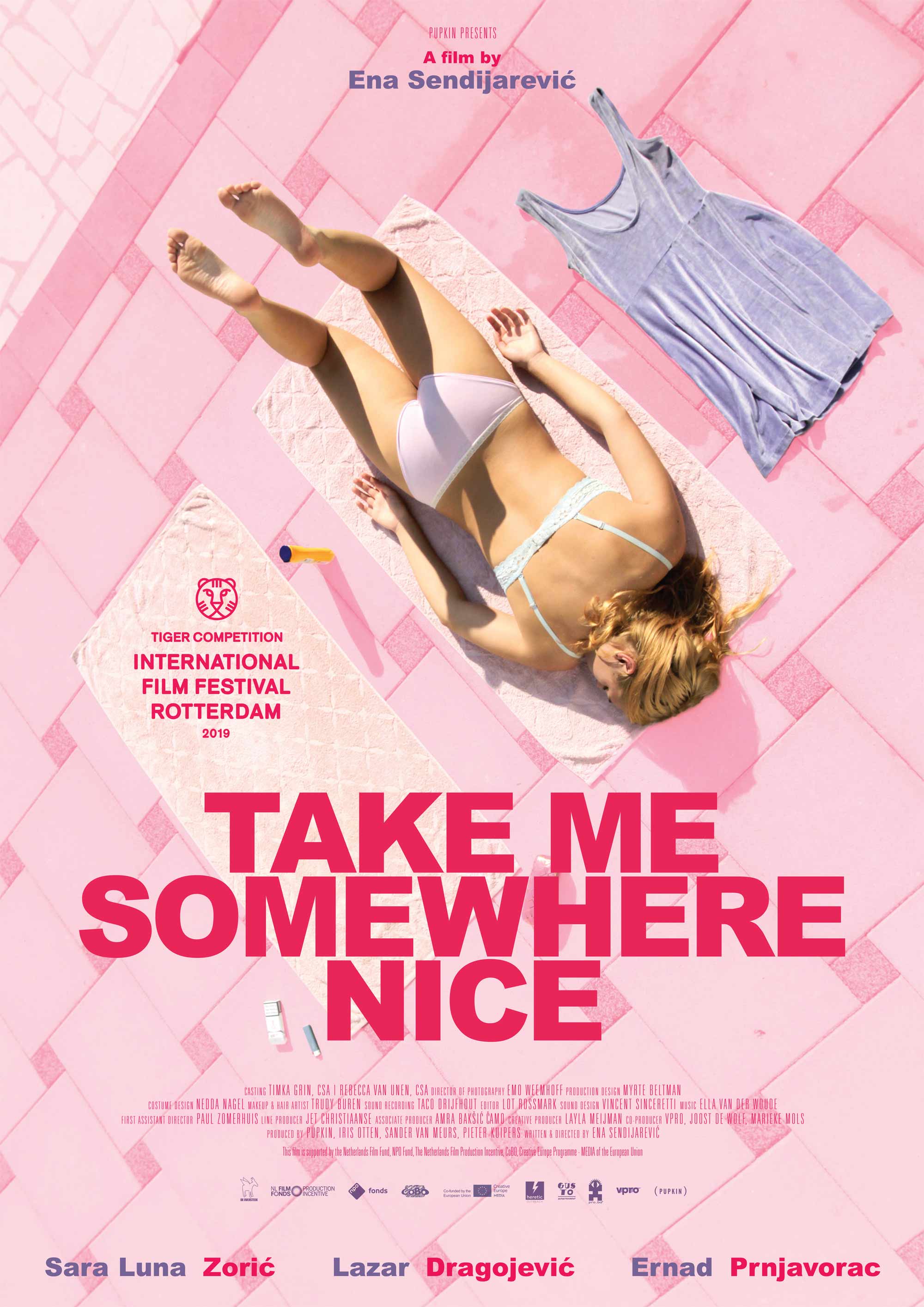 ESCLUSIVA: Il teaser di A Man and a Camera, selezionato a CPH:DOX

Recensione: Four Seasons in a Day