The Last Bath, the feature debut from Porto-born, London-based video artist and filmmaker David Bonneville, had its European premiere in the Ingmar Bergman Competition of the Göteborg Film Festival. This elegantly assembled film subtly explores hidden and repressed desires and emotions, only to rush into an unnecessarily muddled and unsavoury ending.

Josefine (Anabela Moreira, whose credits include Blood of My Blood [+leggi anche:
recensione
trailer
scheda film] and Diamantino [+leggi anche:
recensione
trailer
intervista: Gabriel Abrantes, Daniel S…
scheda film]) is a 40-year-old nun just about to take her perpetual vows at her Porto convent, when she hears news that her father has died. He was taking care of Alexandre (the charismatic Martim Canavarro, in his first feature film role), a 15-year-old boy abandoned by his mother Angela (Margarida Moreira), Josefine's sister. The boy is now on his own in the big country house and Josefine feels responsible for him.

Alexandre appears almost like a wild child: his feet are ravaged from going around barefoot, he rarely bathes and has lice. So Josefine gives him a bath herself. It is a disconcerting image: although a child, he has the body of a grown man, and a handsome one at that. This is the first sign of the territory Bonneville is taking us to, a tricky, sensual, potentially incestuous place. When Josefine is having a nap on the sofa, with her dress slightly lifted, Alexandre approaches and lightly touches the rash on her thigh, and we see this from the boy's point of view, with a shaky camera accompanied by an eerie string score — almost like the point of view of a killer in a slasher movie. Is this eventually going to turn into a horror flick?

The odd pair's relationship develops, with Alexandre slipping into Josefine's bed when he can't sleep. On the outside, the boy seems aloof and disinterested at first, but we learn he has a passion for football and girls — normal boy stuff. Meanwhile, Josefine is torn between her dedication to the church and responsibility for her nephew.

But Angela suddenly reappears, with a new husband, looking distanced in a posh, sunglasses-and-hat way. She wants her son back but Josefine does not trust her, and with good reason.

From here, the film goes downhill. The patiently built relationship between a woman of repressed desires and a boy who has never learned to properly express his emotions does explode, but not in a way that would bring the characters to the ends of their journeys. Instead, in order to show the consequences of an understandably emotional and impetuous decision, the director opts to humiliate his leading character.

Craft-wise, it is a very accomplished picture. Expert cinematographer Vasco Viana makes excellent use of both the country house, which is beautiful but old, full of shadows and creaky sounds, and the sun-bathed surrounding vineyards and olive groves that give the film a lush vibe, intensifying the sensuality. Moreira shines once again with deeply felt and subtly expressed emotion, and if Canavarro finds a way to shape his considerable talent, there is a bright future ahead for him. As for the director, he seems to have been unable to decide where he wanted his film to go, and crashed it into the only tree by the road.

The Last Bath is a co-production of Portugal's C.R.I.M. Productions and Bocalupo Films.

Recensione: The Taste of Desire 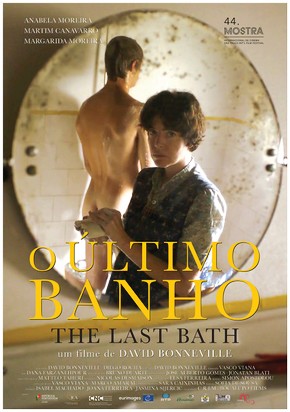 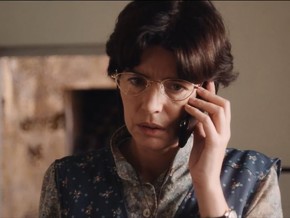 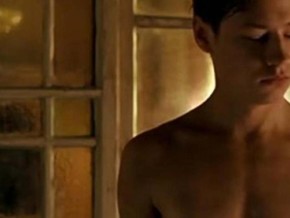