"Do not miss this chance: he was born to sing. It could help him see everything differently, bring him joy, give him strength." In the poorer neighbourhoods, people have other things to worry about besides culture: they have bills to pay, and they try their best to make ends meet. So if you try and tell them about opera, which is perceived as the most elitist of all arts, you’ll be looked at like you’re crazy, living in dreamland and completely mad, before reminding you of the tough realities of your existence: you’re not part of the elite, but among the lowest of the low, and you must slave away to survive. However, art is also a gift that can blow up barriers, a door that sometimes only needs to be pushed if someone invites you in… It is through an extravagant approach, very charming and lively but not without truth, that French filmmaker Yohan Manca softly tackled this subject in his feature debut, La Traviata, My Brothers and I [+leggi anche:
trailer
scheda film], unveiled at the 74th Cannes Film Festival, in the Un Certain Regard Section.

"Do you want to sing with us?" It’s the summertime, in a French seaside town and Nour (Maël Rouin Berrandou), a 14-year-old teen, is repainting a corridor in his own middle school (he would actually like to stop attending because "here, it feels like there’s no point to it anymore") as part of the "educational measures", some kind of community service. But a crystal-clear voice rings out through the walls, coming from a classroom. It’s La Traviata which Nour knows well because his Italian father used to woo his mother, of North African origins, by singing opera to her. Curious, he comes closer and discretely watches a workshop animated by Sarah (Judith Chemla). The teacher sees him and encourages him to try and sing. He opts for a song that he knows well: Una Furtiva Lagrima (taken from The Elixir of Love by Gaetano Donizetti).

His talent is innate and miraculous, but his very complicated family situation stands in the way of his shy desire to enter the workshop and in the way of the lyrical teacher’s will to help this young talent spread its wings. Nour indeed lives in a very disadvantaged neighbourhood with his three elder brothers: the unflinching Abel (Dali Benssalah) who acts as a father figure since their real father died, the diplomatic and easy-going Mo (Sofian Khammes) who entertains the tourists, and the impulsive and aggressive Hedi (Moncef Farfar) who deals drugs on the beach. This very poor and tumultuous brotherhood, nevertheless connected by love, looks after their bedridden mother who is in a coma, in one room of the apartment. And so for Nour and the opera, the journey is bound to be full of challenges…

Freely inspired by a play by Hédi Tillette de Clermont-Tonnerre, the film could seem on paper to be yet another coming of age story about a child successfully overcoming obstacles to enter another world. There is some of that here of course, but the director gathers all the ingredients necessary to lend the whole enterprise a perfume of sincerity and complete truthfulness: : the cast is perfect, the timeless patina of the image signed Marco Graziaplena is exceptional, Bachar Mar-Khalife’s score is bewitching, there is freshness, humour, some touching and delicate emotions, an acknowledged kinship with the best era of Italian comedies, love that pierces the screen and triggers spontaneous smiles, and a positive message (very simply, without naivety or manipulation) about disadvantaged neighbourhoods, often reduced on the big screen to their most dramatic and tragic dimension.

Produced by Single Man Productions and co-produced by Ad Vitam and JM Films, La Traviata, My Brothers and I is sold internationally by Charades.

altro su: La Traviata, My Brothers and I

Onoda - 10 000 Nights in the Jungle apre Un Certain Regard

Recensione: As in Heaven 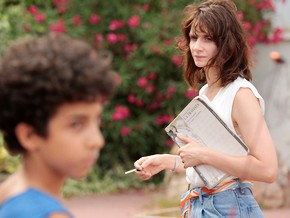 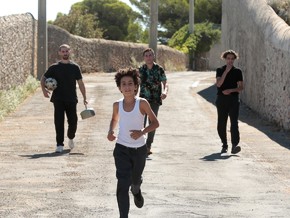 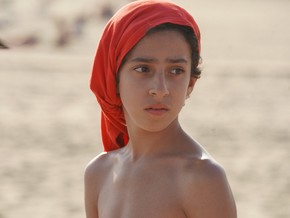