Around spring of last year, when the true severity of the COVID-19 pandemic became apparent, thoughts turned to the fate of the arts and the creative industries: would we have them again? (Even in that pessimistic time, only a defeatist would have disagreed.) The more pertinent question, however, was how they might be transformed, just like nearly every aspect of global life. Much-loved Portuguese auteur Miguel Gomes, joined by his partner and regular collaborator, Maureen Fazendeiro (also an acclaimed experimental filmmaker), have created one of the better responses to this challenging existential riddle, further developing the former’s skill at blending fiction and documentary. The film, whose makers emphasise the “diary” aspect of the work (a specific sub-genre of documentary), premiered this week in the Cannes Directors’ Fortnight.

It’s become nostalgic to think back to a time when “quarantine” was just an ungainly noun headed by a lesser-used English letter, and “self-isolation” was more likely a punishment than a necessity. And these are the concepts conjured up when observing The Tsugua Diaries [+leggi anche:
trailer
intervista: Maureen Fazendeiro e Migue…
scheda film]’ three main characters (if that’s the right word): Crista, Carloto and João, all attractive twentysomethings. In the film’s early stages, their lives are an archetypal version of what many of us went through: the most anxious period of doing “nothing” imaginable. The romantic tension in the trio is leavened by a fresh joy in embarking on a simple, valuable task: building a butterfly house. Suggestions to have a party are repeated (backwards through time, as the film’s reverse chronological structure clearly indicates) in a drab monotone – words spoken again, promising a respite from the daily sameness, just for the sake of saying them. The love-triangle aspect is a subtle reminder of what the pandemic has done for love… The tension of whose home to share if co-habitation didn’t exist before.

As the days creep backwards, the feature opens up. Gomes and Fazendeiro smoothly transition into a movie literally about making a thrifty, experimental pandemic film, revealing Crista, Carloto and Joāo to be actors, and quite a substantial crew, including this film’s real filmmakers, sharing the house with them. Here, the intentions of the work become more direct, while gaining in humour in its deadpan honesty. The actors find their task a bit aimless and pretentious; Carloto potentially compromises the bubble with a surfing trip. The actors are left with the cameras and some 16 mm film stock for one day, and the screened results are hilarious. Ever more, our mind moves backwards and forwards, realising that the beginning of the film (which is actually the “end”) is the eventual, more professional result of the looser experimentation currently on display.

Ever the entertainer, and the compère of beautiful stabs of popular music and visual abstraction, Gomes drops Frankie Valli’s early 1970s rare-groove hit “The Night” just at the right time, both at the beginning and at the end of the film. The former instancejust has the trio dancing, the latter, it appears, more guests, including the crew. Are we at the hinted-at “party” that the residents were planning? Or is this just a vision of what we all dreamed about between March and May 2020 – to be high on such collective joy?

The Tsugua Diaries is a Portuguese production by O Som e a Fúria and Uma Pedra no Sapato. The Match Factory is handling the world sales.

Recensione: As in Heaven 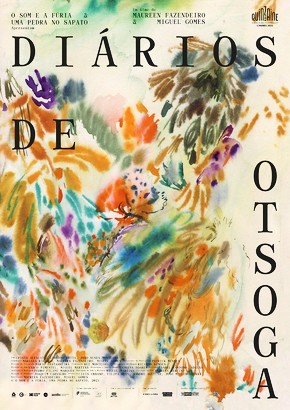 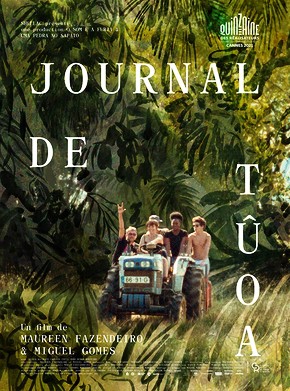 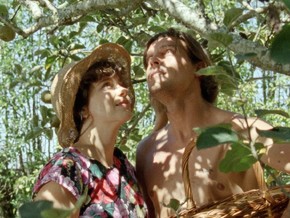