Marie Amiguet’s debut feature The Velvet Queen was one of the titles presented at this year’s Cannes Film Festival's Official Selection, in the special section Cinema for the Climate. The new strand, born as a response to the climate emergency, reflects the urgency of the current situation and is intended to reflect the festival’s commitment to protect the environment and be “eco-friendly.”

In her documentary, Amiguet closely follows two men’s search for the mysterious snow leopard, high up on the Tibetan plateau. The first man is Vincent Munier, one of the world’s most renowned wildlife photographers, whilst the second is novelist, geographer and adventurer Sylvain Tesson, best known for his book The Consolations of the Forest: Alone in a Cabin on the Siberian Taiga (2011).

The documentarian adopts a predominantly contemplative approach. Amiguet keeps a very low profile and alternates between stunning images of magical landscapes and the marvellous creatures populating Tibet. The juxtaposition is somehow effective and contributes to delivering an intense sensorial experience. The dark sky, the mist, the rugged mountains, the snow, the bear caves and all of nature in its beauty – and cruelty – serve as inspiration to the two men’s reflections on their quest and, more importantly, on the troubled relationship between mankind and the environment.

Moreover, the original score, composed by Warren Ellis and featuring Nick Cave, helps to build up the “philosophical spirit” of the film, leaving great space for the viewers to develop their own reflections or to simply enjoy a moment of quiet while witnessing stills or moving images of striking beauty.

While Amiguet has the delicate task to work with the footage and infuse her vision throughout the work, it’s important to highlight how this film is a trio effort, where the director shares writing, camera and sound recording tasks with Tesson and Munier. On the whole, the team accomplishes its mission; in the final sequence, a highly emotional moment of disclosure is able to clarify why the search for the snow leopard is not just another new adventure, but is part of the trio’s ultimate search for beauty. The appearance of the snow leopard, a rare species, difficult to spot in the heart of the Tibetan highlands and a majestic creature in all of its elegance (and ruthlessness), acts as a powerful metaphor for an endangered world that we might not be able to witness again in a few generations’ time. The Velvet Queen is a godsend for lovers of observational documentaries, slow cinema and wild nature.

The picture was staged by French production outfits Paprika Films, Kobalann Production and Le Bureau. Paris-based firm The Bureau Sales is in charge of its sales.

Cinema per il clima in mostra a Cannes 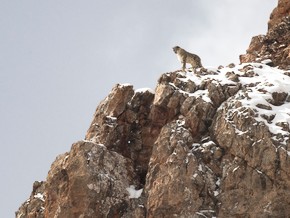 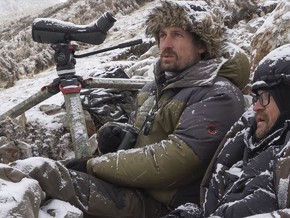 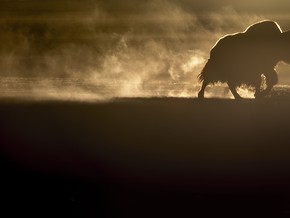 Premio Mario Verdone: i 10 registi in gara a Lecce