A person in a protective suit and a gas mask juxtaposed with crowded tourist sites and people swimming or sunbathing against the backdrop of a monstrous factory on the other side of the beach. It’s not another COVID-19-themed film, as one might think at first glance, but rather the opening scenes of Bruno Pavić’s Astra Film Festival-screened Landscape Zero [+leggi anche:
trailer
scheda film], which explores a poisoned and decaying part of his homeland, Croatia. Later in the film, we follow a man suffering from a lung disease who is distributing warning posters about cancer rates, and another whose house is attached to an abandoned building surrounded by piles of rubbish, which he co-inhabits with his dog and a herd of goats. These are the same goats whose milk a woman with a radiant face bottles at home and sells at the local market.

Recensione: Once Were Humans 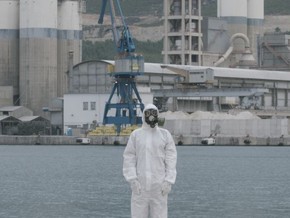 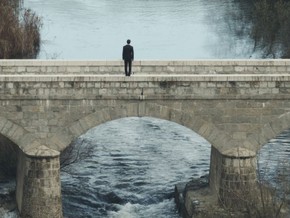 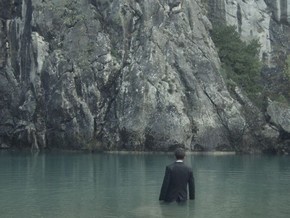 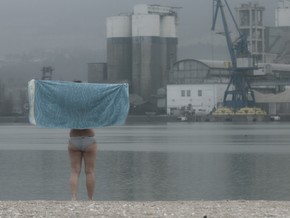 Recensione: Once Were Humans