Family dynamics are usually hard to navigate and are sometimes even harder to endure. This is amplified further if the family members are separated by a physical distance of hundreds of kilometres and state borders. And this is indeed the setting for the debut documentary by Croatian stage, television and film actor Damir Markovina, Wait for Me.

It premiered earlier this year at ZagrebDOX, while its recent screening in the competition of AJB DOC (where it scooped the Main Award – see the news) marked its international premiere. The film’s mid-length (42 minutes) format and its student-film label (the Academy of Dramatic Arts in Zagreb is one of the producers, and Markovina is studying a master’s in documentary filmmaking) could make it a tough sell worldwide, but some exposure at specialised film festivals in the Balkans should not come as a surprise, while the fact that it competed at AJB DOC clinches its television distribution on the Al Jazeera Balkans TV channel.

The family in focus here is Markovina’s own. He opens the film with a static shot through a door frame inside a socialist-age apartment, observing an elderly woman walking slowly. It is her flat, and she definitely has some health issues. Next shot, a car: Markovina’s parents, Zina and Roko, are being taken on a road trip from Zagreb to Belgrade by Markovina himself. The atmosphere is slightly tense, and the mandatory discussion of which documents are necessary for the border crossing highlights this.

Once the family get to their destination, we realise that the elderly woman is Zina’s mother, Šefika, that she is not in the best shape health-wise (there are some discussions about her cough and dementia, and she even states that she has lost the will to live and would not care if she just died), and that Zina and Roko’s visits to her are something of a family ritual. The atmosphere is not pleasant, and there is constant bickering, both between Zina and Šefika and between Zina and Roko. The latter argument is further fuelled by the fact that Roko’s wallet got stolen on a city bus, as he was targeted by a pickpocket. Everything culminates in a cathartic scene towards the end, with Zina giving a monologue to Damir and his camera, in which she confesses all of her weaknesses, that she has had enough of living a nomadic life between five places in three countries, that she is also ageing and is therefore tired, and that she lives in fear of losing her mother. The title of the film is a goodbye ritual that the two women share.

Despite the situation being something of a template for contemporary documentaries coming out of the Zagreb Academy of Dramatic Arts, it feels completely genuine owing to Markovina’s well-measured engagement, both as an observer of the dynamics between the two generations of his elders and as an active participant in them. He is not afraid to be present in front of the camera, as a subject and not as an actor, and the ethical dilemma he is faced with, straddling the line between perpetuating the archetypes of his parents and exploiting or denouncing them, is resolved in favour of the former.

Since Markovina took care of the filming and sound recording himself, the technical achievements are just about decent, but this was the only option in order to avoid a sense of intrusion into people’s private lives. In order to create the illusion of a more compact film time, Markovina relies on Elena Radošević’s precise editing, making Wait for Me an immersive and emotionally powerful documentary experience.

Wait for Me is a Croatian production by Markovina’s company, Osoba D, and the Academy of Dramatic Arts in Zagreb.

altro su: Wait for Me

Sarajevo annuncia i titoli in concorso 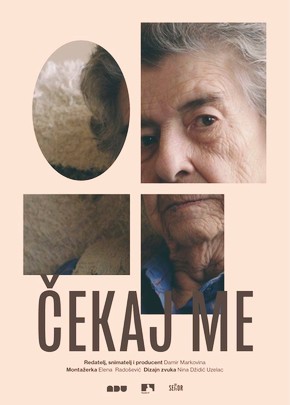 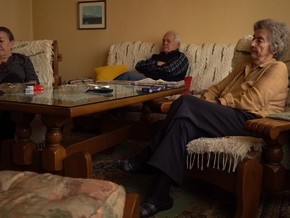