Music is a defining element to a variety of cultures, communities and individuals. It is also what leads us not to a garden of Eden, but to the gardens of Catete Palace, in Rio de Janeiro – a place that before the pandemic was filled with the melodies of a group of elderly people (roughly between 70 and 100 years old) that would sing and dance every day. This was the place where Sérgio Tréfaut found the subject matter for Paraíso, a documentary that poetically portrays the essence of serestas and most importantly of a generation that in that place has found a safe haven.

Music is in fact one of Paraíso’s most substantial components, echoing throughout the film as the director chooses to thoroughly showcase the (almost ritualistic) performances of this small community, giving the audience access to a wide spectrum of songs that are at the root of the Brazilian cultural memory. This tender, thoughtful and curious gaze allows the spectator to naturally dive in these thrilling gatherings of people whose souls seem to be fuelled by this form of artistic and personal expression.

One could easily be held spellbound but the film is purposely punctuated by scenes that interrupt the trance-like state these moments induce. These mood-shifting cuts work as small seeds that allow us to realise how each musical scene has in fact several layers at play: we start paying attention to the visual composition that rightfully includes real life, happening right around the corner, giving a more reasonable taste of what (this) paradise could actually be and feel like.

We’re also presented with mundane gestures, like taking care of the white plastic chairs they sit on, or even staged shots where we have access to a bit more detailed information about these individuals. This information can even come from objects displayed in private spaces where they perform. In Nicola and Rey’s performance of Miltinho’s “Izaura,” we see them at the centre of a space that has a Fluminense sticker on the stairs, a record of Carlos Alberto, an amp at the background next to a fan – a perfect blend of normality mixed with the outward feeling of seeing these two men perform.

This is the outstanding balance Tréfaut achieves, allowing the audience to feel more at ease with the love they most probably will feel towards these individuals and these melodies. That love leads to devastating heartbreak by the end of the film, as the brutal, horrifying reality of the pandemic sinks in. Several seresteiros died from Covid. Mestre Rubinho, a master of the bandolim, died from Covid, after spending several days waiting for a spot at the hospital. As Tréfaut writes, “the country I love disappears with them.” This final statement also gives us a stronger awareness of how political this film inherently was, and how ever more important it is today - as the director writes “as tribute to a decimated generation”.

Music might have been a driving force, but these individuals were (and will be) the true elements of an everlasting paradise. And Tréfaut’s fair and poetic film feels almost like a response to a plea we hear in one of Alcione’s most emblematic tracks, sang by Cleuza, one of the performers: “Antes de me despedir / Deixo ao sambista mais novo / O meu pedido final / Não deixe o samba morrer / Não deixe o samba acabar / O morro foi feito de samba / De Samba, pra gente sambar” – “Before I say goodbye / I leave with the youngest sambista / my last wish / Do not let samba die / Do not let samba end / The hill was made of samba / Samba, samba for us to dance”

Paraíso is a Portuguese/French/Brazilian co-production now screening in Portuguese cinemas, produced by Faux and Les Films d’Ici. It is also distributed by Faux. 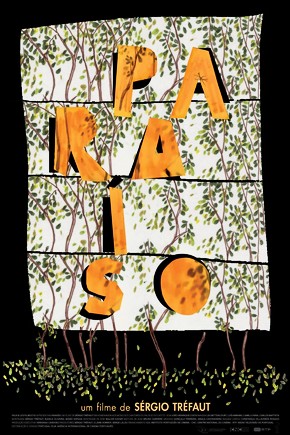