Following its unveiling in a world premiere at the highly specialised Fantastic Fest in Austin, the first feature film by director and actor Jeroen Perceval Dealer [+leggi anche:
trailer
scheda film] was screened in a Belgian premiere at the 48th Film Festival Ghent.

The latter follows the path trodden by 14-year-old Johnny, who lives in a home for troubled youths. His father has dropped off the face of the earth, while his bipolar painter mother asks for more care than she herself can ever offer, even if she does provide the few sunny moments lighting up his sad existence. A small-time dealer, he dreams of a better life. But what chance does he stand? Surely there’s no moving on from a past such as his?

By way of a dirty trick, and a tense first meeting, he forges a shaky friendship with Anthony, a famous actor of stage and screen who becomes a regular client of Johnny’s, whilst also providing him with an unhoped-for father figure. As Johnny agonises over how to become an adult, Anthony continually chases after his youth. Each of them holds a golden appeal to the other, which slowly mutates to take monstruous form.

Caught between dreams of glory and toxic masculinity, Johnny tries to pull himself together on rather unstable foundations, not helped by the (overly) numerous adults leaning on him, to crushing effect.

Damaged child Johnny must also contend with the deep wound left by narcissistic Anthony, an egocentric monster who pictures himself, for a time, playing an attractive paternal part, only to drop the boy with arrogant nonchalance when the going starts to get tough.

It’s a deeply dark film offered up by Perceval, a gangster film doubling up as a psychological thriller which is as gloomy as rain on a rainy day; a rain which seeps its way into a variety of scenes, complementing the film’s images, by turn stroboscopic and crepuscular, coming courtesy of David Williamson. It’s a thoroughly nocturnal film, shot through with a sticky decadence which contrasts with the light shone on Anthony’s fame and Johnny’s stolen innocence.

Perceval’s is a film about impossible redemption, first chances which turn into last chances, sacrificed childhoods, precariousness and addiction; a film where the adult world reveals itself to be deeply cynical, lonely and unnerving; a cruel and merciless world where dreams are crushed by greed and individualism.

The movie is carried by straight-up performances: Johnny is played by Sverre Rous, a stupefying newcomer whose gaze is hard to forget. Ben Segers, a star of Flemish TV, excels in an especially dark role as an Actor with a capital A who’s as fragile as he is selfish. Veerle Baetens, a major actress in Flemish film, plays the brief but intense part of the young hero’s mother, while Bart Hollanders, who’s also a popular choice for Flemish TV, offers up an especially terrifying, drug-ravaged dealer.

Dealer is produced by Savage Film (Belgium) in co-production with The Film Kitchen (the Netherlands) and Tarantula (Belgium). The film is sold internationally by Fizz-e-motion and will be released in the Benelux countries on 10 November, courtesy of Paradiso Filmed Entertainment.

Recensione: Alice, Through the Looking 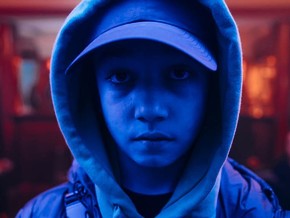