Yuku and the Flower of the Himalayas, treated to an open air screening within the Annecy Animated Film Festival, is the first feature-length animation put forward by Belgian author, director and producer Arnaud Demuynck, who has specialised in animated films for very young audiences for many years now. The author of numerous shorts, he notably launched the hit series La Chouette du cinema - collections of lively and engaging short films aimed at children 4 years old and over - a little over five years ago, offering a wonderful introduction to cinema for little ones which takes their attention span, their love of repetition and their musical sensibility into account. So many formulas honed in these programmes, which are combined into a longer format in this instance (relatively long, as the film lasts 1 hour and 5 minutes) for the animated viewing pleasure of the smallest audience members.

Yuku is an unmistakeably roguish and cheerful little mouse. She lives with her large and highly matriarchal family in a castle basement. Her mother encourages her to gather provisions to feed their clan, but Yuku is far more tempted by her grandmother’s invitation to take on her mantle as the family storyteller.

Stories open doors to understanding the world in new ways. They help us to live together and to understand emotions, as well as strengthening ties. Over the course of the tale and Yuku’s various encounters, the little mouse tells her own story. To ensure her grandmother’s talents are passed on to her, she pulls on the cap of family envoy and goes off in search of the Flower of the Himalayas, planted on the highest mountain peak, which harbours the brightest of lights and will help Yuku’s grandmother make her peace with the obscurity of the world beyond. Our tiny heroine has set herself an enormous mission, with only her ukulele - albeit fearsome - as a weapon.

She subsequently sets out on a trip which doubles up as a quest, rattling off songs between one encounter and the next, switching from ska to boogie woogie and from rap to blues. All the flavour-filled ingredients required to captivate small children are here: riddles, songs, expected or unexpected baddies, lifelong friends and countless animals from fables who lend a hand to our tiny mouse. There’s plenty of good feeling, obstacles are overcome, life is tackled head-on, and complexes are chased away, making Yuku an inspiring heroine who (en)chants the lives of her young viewers.

Buoyed by joyful and high-coloured drawing and sober yet effective animation, the film delivers on its promises, thanks not least to a cast of winning voices, spearheaded by the young Lily Demuynck-Deydier and further enhanced by those of the late Arno, Agnès Jaoui, Tom Novembre, and the young Belgian pop revelation Alice on the Roof. Their contribution is such that it also allows this musical film to reach beyond its intended younger audiences and bewitch older viewers with its brilliant performances.

Graphic design comes courtesy of Paul Jadoul, director of the short film Totems and co-founder of Enclume Studios, who are also involved in the project. The film’s story and songs are written by Arnaud Demuynck, who co-directed the film alongside his usual partner in crime Rémi Durin (who previously partnered with him on the short TV film Le Parfum de la carotte and to whom we also owe the short films La Licorne and Grand Loup & Petit Loup).

altro su: Yuku and the Flower of the Himalayas 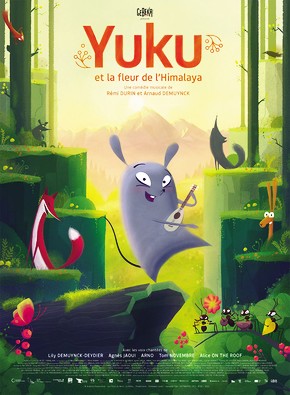 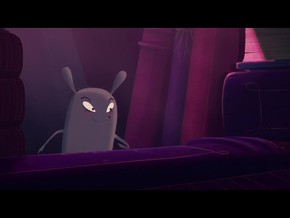 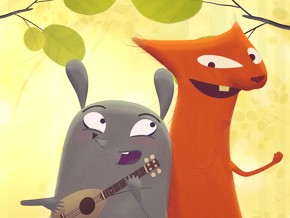