British documentary filmmaker Kim Longinotto (Pink Saris, Dreamcatcher [+see also:
trailer
film profile] and Gaea Girls) has in Letizia Battaglia found a remarkable mother, lover and photographer upon which to hang her documentary Shooting the Mafia [+see also:
trailer
film profile]. Playing in the Panorama Dokumente section of the Berlin Film Festival, following its premiere at Sundance, Longinotto skilfully weaves together interviews with Battaglia and her many lovers, photographs and videos taken by the Italian photojournalist, and archive video material from on-the-spot TV news detailing the Cosa Nostra’s crimes, as well as footage from classic Italian movies. This all comes together to tell a story of broken lives, how the island of Sicily has been in the grip of the mafia for decades, and the remarkable life of the now 84-year-old photojournalist.

It’s hard to decide what is most remarkable about Battaglia, who opens the film by stating, “I became a photographer at the age of 40.” That one line says a lot about the lady we are about to get to know – particularly her determination, tenacity and sheer force of will. Before taking up photography, the Sicilian native married at the age of 16 in 1951, had three daughters and then divorced her husband, who wanted her to be a housewife. His loss, as a string of boyfriends, who stay the same age as she gets older, testify. Longinotto uses footage from classic movies to accompany the stories of romance. It’s a great ruse by the director, as it breaks up the main thrust of Shooting the Mafia, which goes into detail about the Cosa Nostra and the sheer brutality of their reign. They would kill anyone who got in their way, who didn’t follow their rules or who tried to judge them.

The use of archive material to illustrate the mafia’s stranglehold on the island is in stark contrast with the beauty of the classical movies with which the director illustrates the many romances of Battaglia. The photographs and news reports highlight the horror of the attacks, the brutality and the fact that mafia bosses were not even able to use the money they stole, so the crimes were committed as a power trip or a demonstration of masculinity. There is a rebuke in the archive footage chosen by Longinotto to the way movies have glorified the lives of the mafia, established rules of honour and shown a love that doesn’t reflect reality. Battaglia describes how she received death threats for taking pictures of mafia crimes.

The first woman to land a photography job at left-wing newspaper L’Ora, Battaglia thought she would be taking more mundane pictures of everyday life, but the mafia was always the story, and in one year alone, they murdered over 1,000 people in Palermo. Battaglia’s photos would define the image of the mafia around the world, and a couple of them even helped the police to link a mafia boss to a certain serial Italian prime minister.

It was not just with her photos that Battaglia was able to fight the system. The film details how she turned to politics, elected to Palermo City Council for the Green Party, only to discover that the decisions were being made elsewhere. But the story was made inside her camera and is lovingly recounted by Longinotto, a documentarian who revels in making movies about female outsiders and rebels.

Shooting the Mafia is an Irish production. It is an Impact Partners presentation of a Screen Ireland and Lunar Pictures film. Its international sales are handled by Met Film Sales.

more about: Shooting the Mafia

Watch on Cineuropa: A quartet from Sundance

As the prestigious US-based indie gathering unspools online for the second time, Cineuropa and eyelet present a quartet of unmissable titles from Sundance’s past editions

Let There Be Light wins at Batumi

Other winners include A Tale of Three Sisters, End of Season, Shooting the Mafia, Lovemobil, Forman vs. Forman and Reza Mirkarimi's Castle of Dreams

Ten feature films to vie for awards at Batumi

Another eight documentaries and 25 short films will screen in the competition sections, and the festival has scheduled master classes by Paul Schrader and Krzysztof Zanussi

Charades charges headlong towards Cannes with a slate of 19 titles 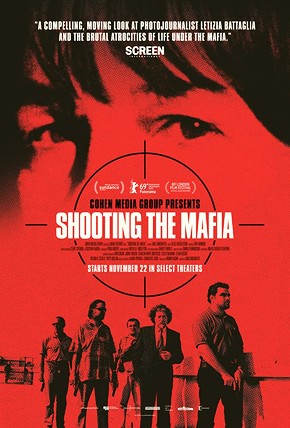 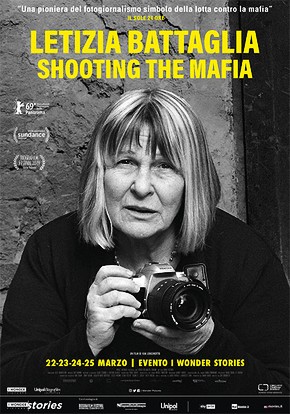 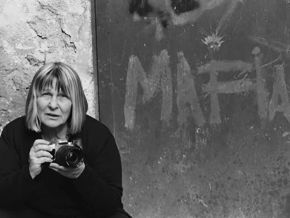