16/07/2021 - CANNES 2021: Bruno Dumont holds a magnifying glass and a mirror over the conflicting ambitions and the new awareness of a disturbing truth about the state of the country and of its souls

“A storm was rising that no one could see coming.” It may be worth returning to the source of Par ce demi-clair matin by Charles Péguy, which was the inspiration for Bruno Dumont’s latest film France [+see also:
trailer
interview: Bruno Dumont
film profile], just unveiled in its world premiere in competition at the 74th Cannes Film Festival, in order to clear up a misunderstanding that the director and former philosopher may not care about, but which nevertheless does make understanding his profound intentions confusing. Indeed, although the filmmaker seems to be making a scathing satire of the world of television journalism as embodied by his main character France de Meurs (Léa Seydoux), his film is in fact more about the brutal irruption of reality into the life of a people and a nation. It depicts the realisation of an upcoming annihilation, of a monstrous presence from which we’d been diverting our eyes for a long time, a realisation triggered by a banal traffic accident, like a veil that rips and exposes the naked truth about ourselves and our country.

“It’s amazing how much the people love you, you’re the biggest journalist in France, France.” Host of the show A Look at the World, adored by the general public, living with her husband and son in a very spacious and ostentatiously decorated flat as if in a hotel, dressed by the greatest designers and constantly pushed towards one-upmanship by her vulgar and flattering assistant Lou (Blanche Gardin), France de Meurs offers a vision on the frontline of conflicts (the occidental military intervention in Sahel, the crossing of the Mediterranean by migrants fleeing war, the deafness and helplessness of power when faced with an insurrectional situation in the Hexagon) in a very subjective style where she stages events and gives herself the lion’s share. She also fabricates information, enjoying her position, up until she runs over and hurts Baptiste, a young man from a family with meagre salaries who holds up to her an unbearable mirror of submission. The veil tears, mercilessly illuminating France on her faults and her environment, freeing her emotions…

Coming down from the mountain with his discordant tablets of the law, Bruno Dumont doesn’t spare the spectator (“the worst is the best”), denouncing the general mystification of which journalism is only the (auto)manipulated messenger in a panorama with apocalyptic flavours. Working on luxurious ugliness on the surface, the film (at once a kind of fiction and an essay) subtly delivers a metaphysical message about fault and forgiveness which has already appeared several times throughout Dumont’s filmography, but its more profound point is very well hidden underneath a rather nihilistic appearance that brandishes a particularly acidic mirror. But as France de Meurs herself, now freed from her past, ultimately highlights, “my job is my job. I accept it. All that’s left is the present.”

Produced by 3B Productions with Arte France Cinéma, the Germans of Red Balloon Film and of Bayerischer Rundfunk, the Italians of Tea Time Film, Ascent Film and Rai Cinema, and the Belgians of Scope Pictures, France is sold by Indie Sales.

CANNES 2022: Blanche Gardin is a force to be reckoned with in Céline Devaux's tale about a woman who didn’t want much in life – she just wanted to save the world

New projects by Bruno Dumont, Joshua Oppenheimer and Ralitza Petrova are among the selection

The results are in for the poll of Cineuropa’s journalists. Which are the best European films of the year?

The Spanish festival, which kicks off its 59th edition on 19 November, will offer both national and international titles in its various sections, ever buzzing with energy and temerity

55 films and series, including 19 North American premieres, on the menu for the 25th edition of the festival, which runs from 1 to 7 November 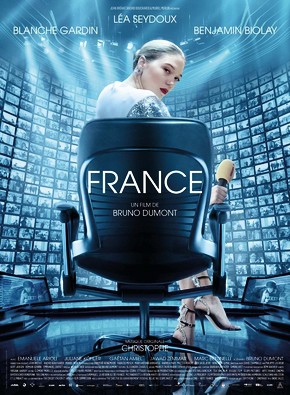 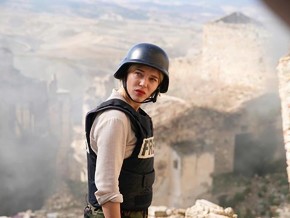 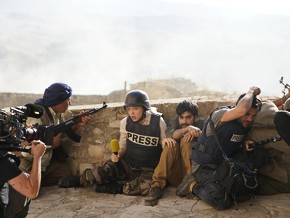 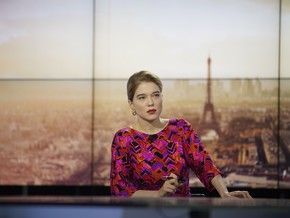